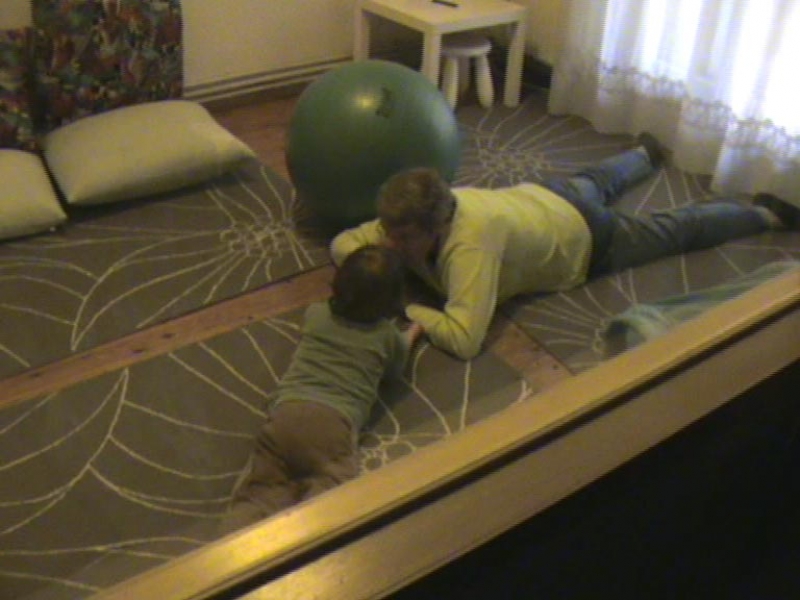 A few words about autism

Autism is a sensory, neurologic disorder. We speak of the autism spectrum, because there is a lot of diversity among the children regarding their functionality and sociability.

There are children who start speaking around the proper age and who show a high intelligence, but who are on the other hand very immature in relation to their social and emotional development. Their reactions are often seen as too strong and in many cases the parents are accused of being uncapable to handle their children. Autism hardly shows to the outside world, which just perceives a beautiful but spoiled child.

On the other end of the spectrum there are children with much less functionality. They often don’t start speaking and they often behave in a more restricted, sterotyped manner.

The substantial characteristic of autism is the egocentric way of being. This is the ‘handicap’ of the autistic child. It is the way they perceive the world and the people in it. It is the way they stand in life. They cannot function differently, in spite of all the efforts we make to change them. This egocetrism prevails in the whole spectrum.

Other characteristics of autism might come from this egocentrism, like the misunderstanding of the intention of other people, the lack of shame, the lack of fantasy, etc. The children find ways to show what they want, even without speech, but often not efficiently. Their parents usually know what the child is asking for, but outsiders don’t.

In many cases the children also have a sensory disorder. The sensory impulses enter the brain either too strong, either too weak. Phenomena like the waving of the hands, the tiptoeing, the licking of cold objects, the hyperactivity, etc. all fall in the category of sensory processing disorders. It is very likely that also the difficulty in eating occurs for the same reason. It happens that a child doesn’t feel the cold, warmth or pain. The disorder has to do with all the senses, for instance also the body sense: to know how one stands or sits, without observing it, the need for the toilet or even hunger.

One can understand that the world can be very hostile for a child who experiences those things. He or she needs our understanding and acceptance in order to fee safe. One can also understand the difficulties of the parents or caretakers and the rest of the family, who experience unbelievable situations, mostly without any information on how to handle this.

We believe that the behaviour of the children that function on a lower level, doesn’t stem from their restricted IQ, even though science estimates that 75% of the autistic children have some degree of retardation. We instead believe, that most children are very bright. The problem is not their IQ, but much more the fact that they are imprisoned in their bodies because of the sensory processing disorder. It also might be that some children function on a lower level of sociability, which no doubt reflects in their behaviour.

More in this category: « Our purpose Therapeutic Play K.A.L.E.S.M.A. »